TRENTON — New Jersey leaders are reacting with anxiety to Sheldon Adelson’s latest reported attempt at stalling regulated online gambling in the United States: Use of a massive space laser. 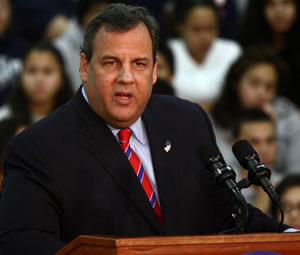 “Thank you all for coming,” said New Jersey Gov. Chris Christie at a hastily-called press conference.

“I can confirm that we have been contacted by someone claiming to be Mr. Adelson regarding our plans to launch regulated online gambling,” Christie continued.

“And I can further confirm,” said a visibly shaken Christie, “that he has promised to ‘disintegrate’ New Jersey with a blast from his giant space laser if we follow through with those plans.”

“May God have mercy on us all,” concluded the governor before retreating into a concrete-lined bunker nestled miles beneath the earth.

Threat to New Jersey is real

“It wouldn’t surprise me,” Bedermeyer continued, “if he had an earthquake machine too. In fact, what am I even saying – he’s almost definitely got one of those.”

“We have a little saying at MIT that definitely applies to New Jersey here,” said Bedermeyer. “That saying is: you’re fucked.”

Sources close to the administration say Christie is debating whether or not to acquiesce to Adelson’s demands.

“The governor is considering all of his options,” said our source.

“For example, he could call on Bruce Springsteen, who could attempt to repel Adelson’s laser attack with the sheer force of rock and roll. Or he could send Cory Booker on a high-stakes space mission to disable the laser. Everything’s on the table.” 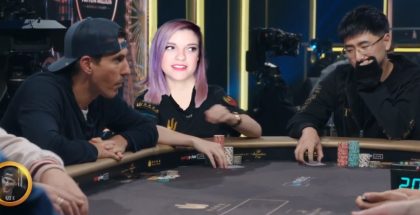