Amaya Moves Headquarters to Mordor; Announces Launch of The One Tour

In a stunning announcement sent from their new headquarters high atop Mount Doom in the black land of Mordor, Amaya has announced that they are scrapping the recently hatched idea of consolidating their live tournaments into Festival and Championship events.

Instead, they will launch a singular tournament series called The One Tour. In a complete departure from normal poker tournament practice, the tour will be staffed entirely by Uruk-hai, specially bred at the Tower of Orthanc on the Isle of Man to be lightning fast poker dealers and “take care of” any trouble makers.

Speaking to Amaya via Palantir

In an exclusive interview with BonusCodePoker, Amaya Vice President of Online Poker Wizardry, Sarah Man, repeated the same single sentence answer to each of BCP’s questions:

“The Age of the Scheinbergs is over; the time of Amaya has come.” This was stated repeatedly in what we considered to be an entirely unnecessarily threatening tone.

During our call with Sarah Man an ethereal voice could be heard reciting prose in the background:

“One tour to bring them all and in the darkness bind them.”

A sneak peek at The One Tour structure sheet

BCP was initially rebuffed when we asked to see the structure sheet or any details whatsoever for the new tour. However, after promising a three-night, all expenses paid getaway to the Shire, BCP received a single blank piece of paper from an Amaya employee fond of Southfarthing pipe-weed.

After some experimentation a crack team of BCP investigators discovered the rules and structure for the One Tour can only be seen by placing the paper over an open flame.

According to the rules, all of which are subject to change at any time, each stop on The One Tour will feature a single tournament with a $10,000 buy-in, $100 of which is for the prize pool and the other $9,900 is a tournament fee.

Will 99% rake put off players?

In a follow-up call, Sarah Man dismissed our claims that the tournament appeared to be a cash grab, citing internal data that indicated recreational players love mystery structures and don’t care about details like tournament fees.

When asked if the high tournament fee would cause pros to skip their events, Man explained how welcoming these events would be for pros, detailing the company-wide policy that clearly prohibits Amaya’s orc dealers from kidnapping and/or eating the professional players.

BCP was able to obtain a copy of the player contract that must be signed to play in One Tour events, and while it does discourage the kidnapping and eating of players, it also notes that the tour is not responsible for lost or eaten (partially or wholly) players.

A fellowship of nine Bonus Code Poker correspondents, led by Samwise Grafton, Frodo Bilzerian, and Todd son of Doyle, were recently dispatched to Mordor to dig deeper into this still unfolding story. We lost contact with the group several days ago when they entered the Misty Mountains, an area that is notorious for its poor cell reception.

BCP will update this story when we hear from our intrepid correspondents. 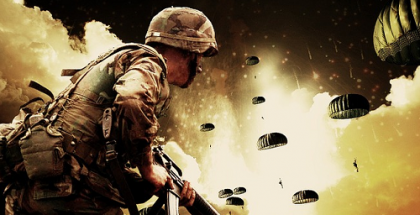 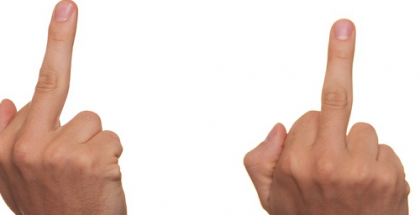