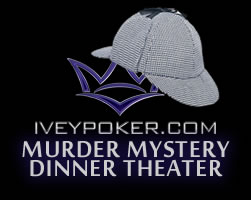 LAS VEGAS — Thanks to an anonymous source inside the company, BCPoker can reveal that IveyPoker.com – purportedly a poker training and social poker app – is in reality a highly elaborate murder mystery dinner theater production.

According to our source, IveyPoker guests will participate in the story of a mysterious poker tournament held in a grand but secluded hotel.

Within minutes of the players arriving, the host – none other than Phil Ivey himself – is found murdered at the featured table.

“The show needed an MC, a detective to lead the investigation,” our source inside IveyPoker said.

“And we were already way over budget. Allen tested well with old people, but – more importantly – he was willing to work just for the meal comp.”

The IveyPoker Murder Mystery Dinner Theater Experience website is scheduled to launch in late 2013. Actual dinner theater events aren’t slated to start until 2015 at the earliest. 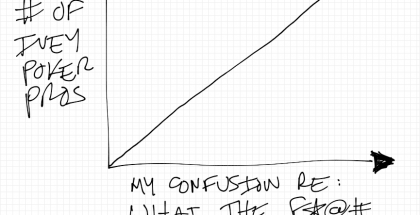