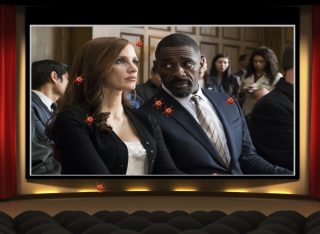 Local movie theater, USA – We have received reports indicating that a man exiting a showing of the recently-released Molly’s Game was confused that the movie was not like Rounders.

Brett Carlson, 46, is said to have been perplexed that the Jessica Chastain vehicle bore little resemblance to the seminal 1998 cult classic that inspired his love of poker.

“I don’t get it,” he said while standing in the movie theater parking lot. “I mean, there was poker in it, but we spent more time in a lawyer’s office than at the table.”

Research indicates that Carlson’s motivation to see the movie was its likely echo of the Matt Damon movie. He expected to see a Hollywood actress making impossible reads and practicing the worst money management skills of all-time.

“I got a little excited when she started talking about Russian mobsters,” he complained. “So, I waited and waited for Teddy KGB to show up, but instead, they acted all shady and violent.”

Fellow moviegoers reported Carlson murmuring to himself throughout the showing. At one point, when the main character gets mugged, Carlson reportedly muttered “veery aggriessive” in a farcical Russian accent.

Carlson brushed off these reports, saying it was all part of the experience.

“Besides,” he added, prior to speeding off in his late 1990s SUV, “if you can’t spot the sucker in your first 30 minutes in a movie, then the audience is the sucker.” 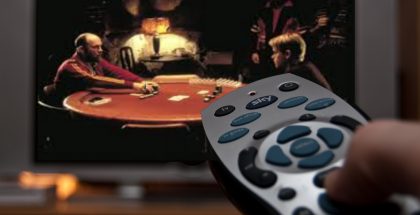 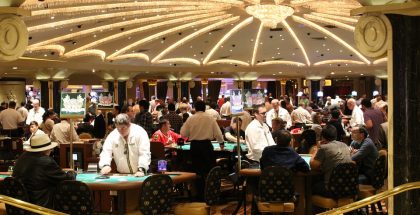