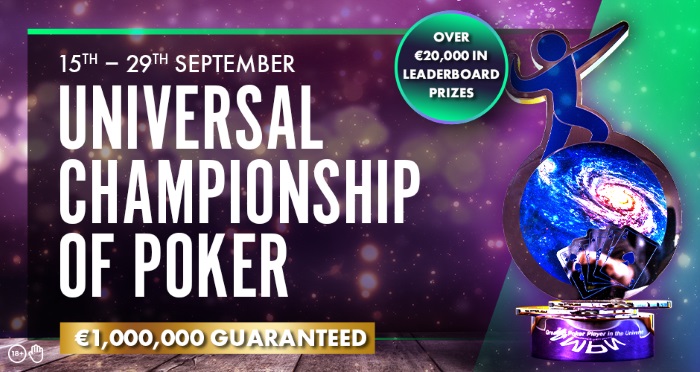 The Universal Championship of Poker is back! During the second half of September MPN will once again hold the popular tournament series with €1 million in prizes guaranteed over 94 tournaments.

It all gets started September 15, with this year’s version of the UCOP complete with a €20,000 Leaderboard complete with the coveted “Greatest Poker Player in the Universe” trophy.

The UCOP kicks off on September 15 when no fewer than eight events will be held starting with the €11 buy-in €7,500 guaranteed Monster Rebuy 6 Max event beginning at 14:00 BST.

Each day of the UCOP will comprise of a mix of events with buy-ins ranging from €2.20 up to €320 and guaranteed prize pools available for every single tournament. The schedule will consist mostly of multiple daily No Limit Hold’em events, but Pot Limit Omaha will also be represented. Players will be able to find a mix of structures for the events, from rebuys, bounty events, deepstacks, booster events and more.

The series will finish on September 29 with another eight events to round out the schedule. Included in the schedule will be a €320 High Roller with a €45,000 guarantee and the €110 Main Event with a €100,000 guaranteed prize pool. A full schedule can be viewed from the MPN website.

With a €100,000 prize pool, the UCOP Main Event represents the biggest prizepool of all 94 UCOP events. While players can buy-in directly for €110 or through satellites that begin on September 1 (satellites will also be available for other events). In addition, you will also be able to earn a ticket by reaching various achievements from September 15 to 29.

Get your piece of 20,000 through the UCOP leaderboard

Do you plan on playing some UCOP tournaments? You will definitely want to make sure you pay attention to the UCOP Leaderboard, which will award cash prizes to the top players during the tournament. The player who finishes at the top of the leaderboard will receive even receive the “Greatest Poker Player In the Universe” 2019 trophy.

What is the Player’s Choice Prize?

The top eight players in the UCOP Leaderboard will be given a choice of one of the following prizes as part of their package:

The UCOP Leaderboard will be determined by points earned during the series. However, unlike most leaderboards, the fewer points you earn, the higher your prize will be.

For example, players who win a tournament will receive 1 point; a second-place finish will earn 2 points, a third-place finish will receive 3 points and so on. If you don’t enter a given UCOP tournament, you WILL be awarded points, which will be calculated based on the number of players that entered the event plus one. For this reason, avoiding tournaments isn’t a useful strategy to climb up the leaderboard. However, MPN will remove the fifteen lowest scores when calculating your points towards the leaderboard so you can skip some tournaments or not do well and have those scores thrown out.

The strategy here is to play often, but if you miss some events — like most players will — it shouldn’t affect your position too much.

Give the UCOP a shot

If you’re a tournament player, the MPN Universal Championship of Poker is definitely worth a look this September. Not only does the series provide a lot of variety for players, but it’s an excellent way to mix up your play this month against some new opponents.

For full details, check out the official MPN UCOP page. 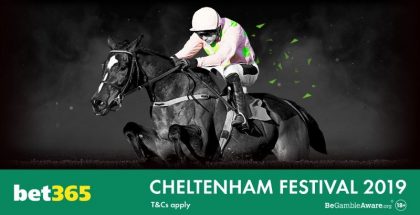