What is Open Face North Korean? 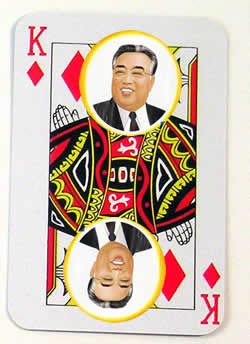 Straights or flushes do not count in OFNK. The only hand you can make in Open Face North Korean is a “Dear Leader,” which consists of matching leader cards of different suits.

Making three hands that all contain a “Dear Leader” – with Kim Jong-uns in your back hand, Kim Jong-ils in your middle and Kim Il-sungs in your front – is known as “Communist Paradise.”

There are numerous benefits to Communist Paradise; for one, you get all of your cards dealt face-down the following round.

Also, you get extra rice rations for a month.

“Can’t get enough,” said Mike Matusow. “I crushed Phil Hellmuth in OFNK last night. He Western Dogged so many times that now he’s a conscript in the North Korean army.”

“I guess now we’ll find out,” continued Matusow, “if he really can dodge bullets.” 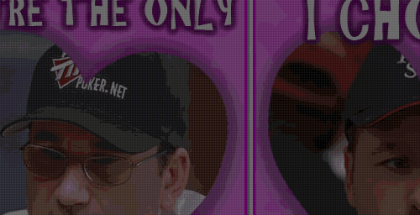