But BCPoker can now exclusively reveal the change was only the first step in an ingenious scheme by the room (part of the Revolution Poker Network) to finally start paying players in a timely fashion.

The next step: Effective immediately, all cashouts on WinCake Poker will be paid out not in dollars, but in actual cake.

WinCake CEO Caleb Braderson offered some insight into the decision: “Paying players in a reasonable time frame is of paramount importance to us. We’ve looked into Western Union, Skrill, prepaid cards, even Bitcoin – but they ultimately all presented major challenges to a company without any money.”

“We now believe,” continued Braderson, “that we can only fulfill standing cashout requests by changing the base currency of our poker room into actual cake.”

The WinCake rebranding was an attempt to be “transparent” with customers about what they were actually playing for.

Some limitations on cake cashouts

According to our sources, monthly cashouts for non-US players at WinCake will be limited to:

A fee of one slice will be assessed for each cashout request.

US players are not welcome at WinCake.

Instead, they are directed to WinCake’s sister room Juicy Stakes, which has made a parallel change to their cashout policy.

Players there report receiving mushy brown paper parcels soaked with what appears to be animal blood after requesting cashouts from Juicy Stakes.

In related news, fellow Revolution Network site Lock Poker – home of the 10,000,% deposit bonus – is reportedly looking into implementing a similar change to their poker room, but instead of using cake as payment, they will use nothing. 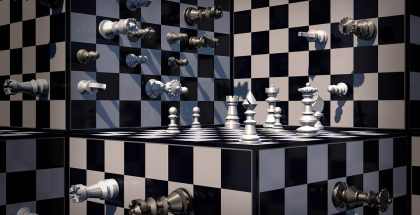