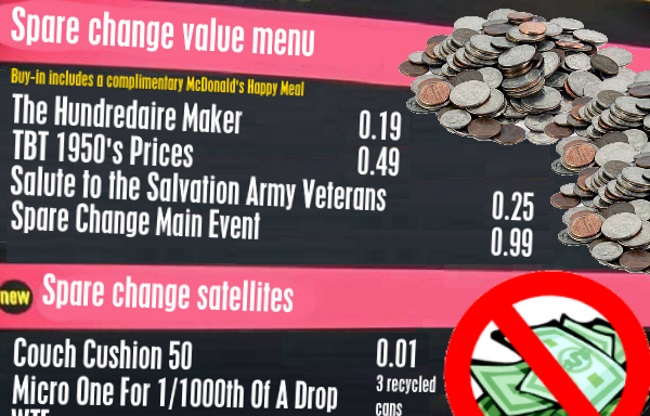 The World Series of Poker (WSOP) has released dates for the latest portion of the upcoming 2020 tournament series. Of particular curiosity to many is the newly-announced “Spare Change” events.

This group of tournaments promises to award bracelets for winning tournaments with buy-ins below $5, allowing tournament fields that are expected to draw into the hundreds of thousands.

“We think it’s important,” said WSOP Vice President Jack Effel. “Why is it that the most coveted prize in all of poker is unavailable to those without spending money? We think that bracelet winners shouldn’t have to give up much more than the cost of a Big Mac.”

Effel’s choice of words is deliberate, as WSOP announced that fast-food chain McDonald’s has pledged to sponsor the inexpensive tournaments. A new promotion at the “Golden Arches” is expected to award more than a hundred thousand tournament entries through a Monopoly giveaway and as a prize in Happy Meals.

“Few things are more American than poker, hamburgers, and appealing to the least common denominator,” said McDonald’s US chairman Tom Schuster. “We look forward to seeing our customers wearing a gold bracelet – although our customers are pretty much everyone but Daniel Negreanu at this point.”

Varied reaction from the poker elite

The reaction to the new micro buy-in tournaments has thus far been predictably mixed.

Negreanu, for his part, expressed dismay at the massive reduction of standards, wondering if the new tournaments might affect his standing in the WSOP Player of the Year leaderboard. Fellow poker pro Shaun Deeb had similar concerns about the leaderboard and how the points system would manage to screw him over again this year.

Nobody else we spoke to cared one single iota, since the Player of the Year is meaningless.

Meanwhile, Phil Hellmuth found plenty to complain about since the Spare Change events would make it easier to threaten his all-time bracelet count.

“It’s a joke,” he said. “You got players with a hundred bucks in their pocket gonna play all twenty tournaments.

What’s next? A series of freerolls? Anyway, what time’s the first one? I need to buy in.”

Effel, who overheard Hellmuth’s complaint, immediately began scribbling furiously in a notebook at his freeroll suggestion. 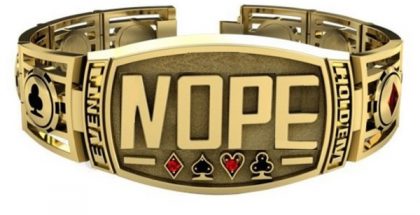 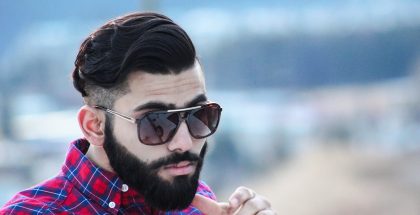