Understanding the Three Bet in No Limit Holdem

In aggressive no limit poker games, you’ll often find players that are reraising an initial opener. This action is called a “three-bet” and means it is the third “bet” that enters the pot, after the blind and the first raise. There are many different reasons for players to choose to use a three bet, depending on stack sizes, position, and the type of game (tournament or cash, pot limit or no limit) and we’ll look at examples from every form of poker and help you determine the best way to utilize the three bet in your game.

The easiest example to begin our study of the three bet is the three bet shove; a player opens the pot, and you shove in all your chips over the top. This type of three bet is simple in its execution, as you leave yourself no other options in the hand, placing the decision squarely on your opponent. This move is a popular tactic for short stacks in tournaments, as it gives them a chance to chip up whether or not they’re called, much more so than simply open shoving and stealing just the blinds and antes. For example, say you have a stack of t6,000 when the blinds are t200/t400/(t50) at an 8 handed table; you have an M of 6, and it costs t1,000 a round to play. Open shoving nets you a t1,000 profit when it works, but if an aggressive player with t13,000 opens to t1,100, and you shove over his open from the button, you net a t2,100 profit every time your shove works. You have enough left in your stack (t4,900) to get him to fold away a lot of speculative hands, as his stack is effectively halved if he calls and loses, and if he folds, you add M2 to your stack, getting you a decent step out of the danger zone.

This means, however, that players can use the three bet shove a lot wider than most other reraises; you’ll find this type of three bet to be the lightest of any other variety. Super aggressive players can three bet any two cards from the blinds for all their chips if they think the player opening on the button or cutoff are doing so light. Be aware of how your table image is perceived and understand what your opponents are capable of before reacting to a three bet shove from them; if they seem capable of the three bet bluff, you may be calling that M6 shove with two sixes or KJ, while a tight, no-frills player would probably have you laying down those same hands.

Next, let’s look at an example that is suited for both cash games and tournaments; your standard three bet with chips behind. At a $1/$2 game, effective stacks $300, you open to $8 on the cutoff with two black nines, and the player on the button, a tricky, aggressive player, three bets you to $35. When everyone folds back to you, you have a difficult decision on your hands; he raises enough to make it difficult to set mine, but he could also be doing this with a bit of a wide range. But, he also has position, and the three bet puts the power and control of the hand in his hands, making it hard to play against him. This is why the deep stacked three-bet, and to a lesser extent, four bet, is one of the strongest plays a player can wield in his arsenal. Players that prefer to play timid and flat-call more than three bet are passing up a lot of opportunities to take control of hands; it can actually work as a pot controlling method against aggressive postflop players, by price setting preflop what you’re willing to pay to see the turn. Most players check to the aggressor, allowing you to use the three bet to see four cards for what you’d normally see three with.

The final form of the three bet that we’ll look at is the post flop, heads up three bet. This is when you bet out, get raised, and reraise, either all-in or for a significant chunk of chips, usually. For example, in a $1/$2 game with $300 effective stacks, you raise preflop to $7 with two eights, and get called by the big blind. You flop a set on a wet board; 985cc, and your opponent checks. You bet $15, and your opponent check raises to $50. This is a prime spot to three bet shove your stack in, as there’s a lot of hands that have good equity against your seemingly monster hand; A7cc, J10, and drawing hands of that nature, and taking down the $115 in the pot already with your shove may actually be ideal to coin flipping for $600. You can also use the three bet post flop as an effective squeeze play with multiple players in the pot; a player bets $20 into $30 on a 4510 rainbow flop, and the super aggressive player next to act raises to $50. You hold 67d, and think there’s a fair chance you can get both players to fold if you shove $290 total into the pot; the power of the three bet shove comes to your aid, as your hand looks incredibly strong on such a innocuous board, and with a super aggro player making the raise, there’s a very good chance your shove will take down a $100 pot without a showdown.

Using the three bet effectively takes some practice, and isn’t a play you’ll be making with a lot of frequency, even for the super aggressive player. But understanding the basic concept, and how to effectively mix it into your preflop and postflop game adds a facet to your game that makes you dangerous and unpredictable to opponents; master the three bet and raise your game. 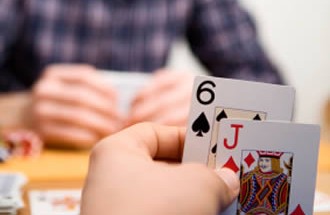 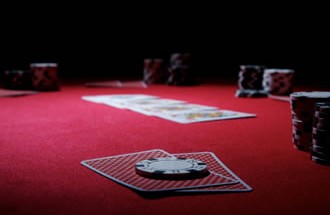