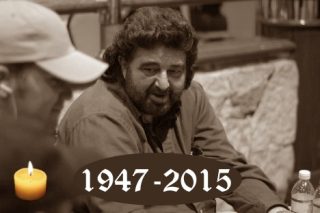 So if you’re like me, you woke up this morning feeling pretty good about life, but never-fucking-mind because Eskimo Clark evidently died three years ago.

I was literally sitting here thinking about writing some dumbass shit article about carving that mole off of Chris Ferguson’s cheek or whatever, when I suddenly remembered the name Eskimo Clark.

“I wonder what that ol’ scallywag is up to these days?” I asked myself. I couldn’t wait to see what crafty mischief that old geezer had recently caused. But guess what? He’s not doing jack shit cuz he’s dead.

And it’s really frustrating because Eskimo was the fucking man. He talked shit to everyone and was an asshole to every dealer he met and I loved every second of it.

Clark won 3 WSOP bracelets. Three! How many people have ever done that, huh? What like two other people maybe? At most?

Clark was such a beast. I can almost guarantee you that his real name wasn’t ‘Eskimo’ either. Do you know what his real first name was? Exactly. Neither do I. NO ONE DOES. That’s how much of a legend Eskimo was. He abandoned his real birth name and adopted the coolest nickname in all of poker. Fuckin’ Eskimo, baby. What’s the coolest nickname in poker now? What – The Grinder? Get that weak shit out of here.

DAMN IT! Why do all the great ones die young? Is that what makes them great? I know Eskimo was probably like 68 or some shit, but doesn’t everyone live into their 90’s now?

Hell, Kirk Douglas is still alive and he looks like a statue of a melting iguana.

Eskimo was old school Vegas. He was a gnarled old tree branch, and I loved him for it. Eskimo Clark looked like poker pro Sam Grizzle and Gimli from Lord of the Rings gave birth to a pissed-off lumberjack.

The night I pissed off Eskimo

Look, I never told anyone this, but about eight or nine years ago, I’m at the Golden Nugget, it’s late, and I see Eskimo Clark walk in. And the whole place stops when Eskimo Clark walks in because he owed everybody money. After a little while there wasn’t a crap game going because all the high rollers are over there wanting him to pay up. And you know what I did? I sat down. Played tight for an hour and then I made a score. He decided to re-raise me when I had the nuts. I hesitate for two seconds. I re-raised.

“Did you have it, you stupid piece of shit?”

“Eat shit, asshole!” he said. And then he threw his drink in my face and left. I got up and I walked to the cashier.

And that’s why I’m writing about him now. Because he called me an asshole and a piece of shit in the same breath and I’d give anything for him to do it again.

Also read: Study Confirms All Poker Pros Are A Bunch Of Luckboxes 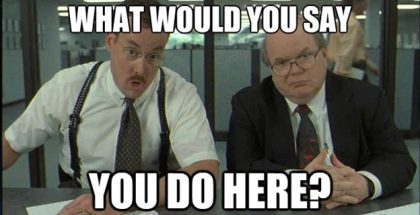