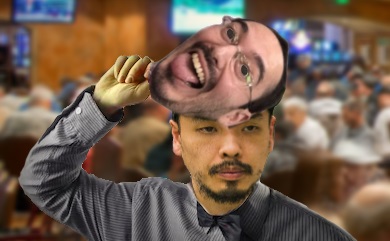 Grosvenor, England – Wow, yet another astonishing plot twist emerged from England this week when during an interview pleading his innocence, Will Kassouf’s mask was ripped off to reveal that he’s actually been Chino Rheem THIS WHOLE TIME!

Kassouf was recently banned from the Grosvenor casino in London after apparently stealing chips from his friends at the roulette table. After placing a bet on “Red nine, like a boss,” Kassouf tripped and spilled some of the $100 chips he had been palming. Security was quick to remove Kassouf from the premises, which they had secretly been hoping to do anyway.

The next day Kassouf was using some of his famous speech play with reporters when a journalist pulled the mask off his head. The full story would slowly then come to light over the next few days.

Poker world did not see that one coming

Apparently, after watching the film Mrs. Doubtfire on TBS, Chino concocted the ingenious ruse to play different characters in order to get different loans from his friends and then never pay them back. Michael Mizrachi and John Racener may never lend Chino anymore, but Will Kassouf the chatty Brit? Maybe he had a chance.

“And I would have got away with it too if it wasn’t for all you pit bosses and your security cameras too,” noted a frustrated Chino.

“The problem was once the sponsorship money started coming in, I had to keep portraying this character of Kassouf that I had created. And the people loved him. Did y’all like that line about nuts, monkey nuts, coconuts? I just made that up on the spot!”

But the story doesn’t end there. Upon searching Rheem’s apartment, authorities found evidence that he had been masquerading as several other poker players over the years as well.

“Any time you thought someone was kinda good at poker, but then they disappeared, that was probably just me all along.”

And it suddenly all makes sense if you really think about it.

The attention to detail and ability to portray William Kassouf and others for so long has several suggesting that maybe Rheem/Kassouf should consider a career in acting. When asked if he’s ever thought about becoming an actor, he responded:

“Of course I have. Why do you think I keep asking… how many miles to Hollywood?”

Also read: New PokerGo Show Is Nothing But Clips Of Phil Ivey Turning Down Interview Requests 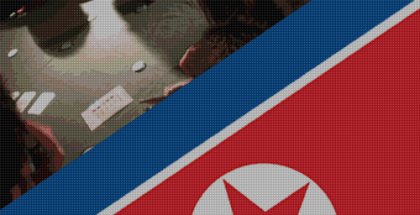 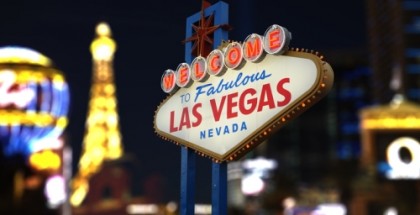