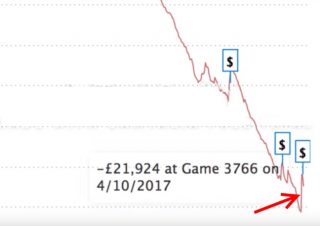 YouTube, Internet – There was breaking news out of YouTube Poker over the Thanksgiving holiday weekend as vlogger Alex Goulder unveiled the latest in Game Theory Optimal (GTO) software.

Dubbed the Poker Pie Solver, Goulder’s creation is confirmed to work in all post-flop situations and can be immediately used by players on major poker sites to maximize profit at one’s leisure.

The fun begins at the 2:19 mark in the video, when Goulder takes his state-of-the-art program for a test drive at the $100 No Limit Hold’em ZOOM tables on PokerStars. Upon flopping a Set of Fours, the YouTuber SPINS THE PIE SOLVER WHEEL and is told to GO ALL-IN. He does so, but unfortunately his opponent finds a fold.

The next hand finds our Hero with a flopped Nut Flush Draw, and he is instructed to Bet 450.32%. He follows through, but there’s “absolutely nothing they can do,” as once again Goulder’s opponents are no match for the Pie Solver’s GTO ability.

Things REALLY get interesting at the 4:03 time stamp when the Pie Solver insists that the PokerStars player should GO ALL-IN while holding Pocket Sevens on an 8-A-4-3 board. Action is checked back to Goulder on the Turn, and he jams $104.49 into a $5.22 pot. Unfortunately, the opponent calls and flips over Pocket Threes — but this is where the Poker Pie Solver’s reveals its true foresight. A Seven arrives on the River, providing Goulder with instant profit. Ship it!

Non-believers will be convinced after watching the hand that takes place beginning at 5:15. With over $30 in the pot already, Goulder Turns a Flush when his 8s-6s meets a community board of 4s-2s-Kc-5s. Normally, this would be a great time to take risks. However, the Poker Pie Solver demands that the player should FOLD.

It’s at this moment when the software shows just how valuable it can be to online poker players who overvalue great hands. Despite the Pie Solver’s solution, Goulder re-spins and decides to shove his entire stack, only to discover that the Villain “STAADY266” has him drawing dead with a holding of As-9s. Our hero loses a pot worth $408.98 as a direct result of not following through with the Poker Pie Solver’s answer.

“I should have actually gone with the first… answer,” Goulder sighed. “It did say fold there. That’s why you should always stick with the theory. Don’t go on your reads.”

Customize your own Poker Pie Solver and make money

To wrap-up the video, Goulder shows us his results while using the Pie Solver at the PokerStars real money online tables (7:14), which should pretty much seal the deal for any doubter.

Readers who would like to create their own Poker Pie Solver can do so by visiting WheelDecide.com and customizing their own software to rake in pure profit at online poker! 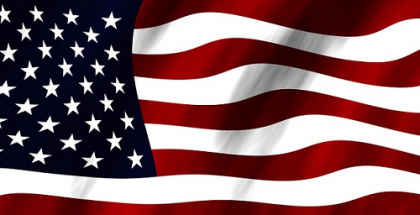 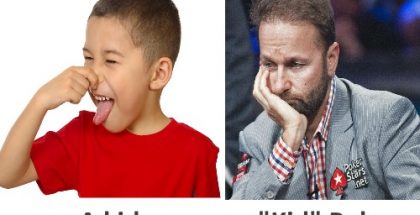