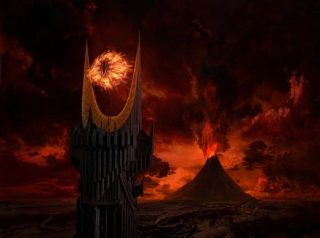 Calling Hellmuth’s unlikely title run a “fool’s errand,” Sauron was apparently caught off guard this past August when the Poker Brat defeated two of the best heads-up No Limit Hold’em players in the world to capture the first-ever KOTH championship belt.

“I put about 350 gross of orcs on the line because I was confident Jungleman would make use of the Palantir Solver I gifted him to conduct battle,” whined the disgruntled deity from an undisclosed seaside location. “Hellmuth’s victory was a fool’s errand that ultimately cost me over 50,000 soldiers when all was said and done because Dan Cates suddenly fell in love with live reads.”

BCPoker caught up with Hellmuth at his residence (10-5 Minas Tirith Way) over the weekend. Despite a subsequent loss to Olivier Busquet, the 14-time WSOP bracelet winner remained jovial.

“Long live the Poker Brat! Praise me with great praise,” exclaimed the 53-year old self-promotion guru who was still counting a separate five-figure, nothing but net payday he received from original KOTH semifinalist Doug Polk.

“I don’t need an all-seeing eye, rings, or any of those silly solver spheres to peer into another’s soul at the poker table. The age of White Magic has arrived and it’s all my doing,” continued the great winner before giving an unsolicited shout-out to his personal PH brand.

Mithrandir sighting in The Shire?

Reports have also surfaced that Galfond The White has been spotted booking gladiator sports wagers across Hobbiton.

Once a land known for its flourishing pipe tobacco industry, The Shire’s halfling population have now taken to risking their wealth on which neighbor’s mushrooms will be among the first to be harvested, or which East Farthing draft beer will become the next rage.

We’ll continue to bring our readers the latest developments as they arise here at BCPoker. In the meantime, be sure to check out the latest offerings in poker bonus codes for online players across the globe. 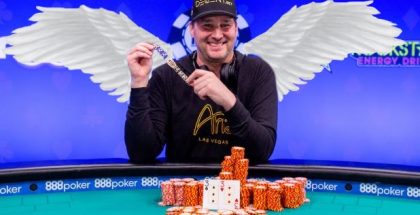 A Day in the Life of Phil Hellmuth July 9, 2013 | ChexWithRaisins 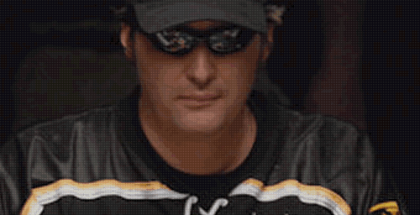