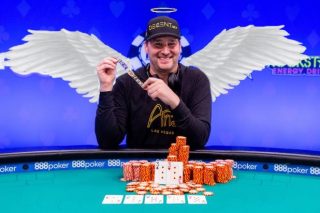 Those were the words loving mumbled by poker pro Phil Hellmuth after folding to yet another 3-bet shove from recreational player Alan Rosenstein.

Tired of all the positivity

Hellmuth and Rosenstein were both at the final table of the $5k No-Limit Hold ‘Em bracelet event where Hellmuth continually stayed chipper and upbeat while also occasionally calling Rosenstein “the worst player on the entire planet”. Throughout the day, Rosenstein continually held over Hellmuth, who in turn stayed positive and uplifting by telling Rosenstein that he hopes his whole family gets buried alive tonight.

“This piece of shit has no idea how lucky he’s been,” uttered Hellmuth while pacing around the table. “And what’s worse is this idiot has absolutely no clue how positive and encouraging I am all the time to everyone.”

The outburst was just par for the course for the poker icon who continually berated the other players at the table for their play, reminded them who he was almost every hand, and also stayed a beacon of encouragement and light to those around him.

Hellmuth broke his own records in the event by making his we’ll say 54th final table and I dunno 165th cash. Those sound somewhere in the ballpark, yeah?

The peak of Hellmuth’s outbursts came after the 14-time bracelet winner limped with pocket queens on the button and then was forced to fold on the river after a particularly brutal runout of Q-10-2-K-J.

“Buddy, let me tell you something. All night you’ve been doing this to me. And I haven’t said one word. And it’s because I am a hands down the most positive person you’ve ever met. But pretty soon I’m gonna catch you bluffing. And then zip! You’ll be outta here! And you’ll go home to an empty apartment because no one loves you! Nice hand.”

Hellmuth then turned his attention to the dealer.

“You find the f$%^ing jack of f@#$ing diamonds for the live one, huh? You may be the worst dealer I’ve ever seen.

This would bother a lesser player, but I am the 14-time world champion of poker, baby. And nothing bothers me. Here are autographed copies of all my books and also $20,000 in cash. Never stop believing in yourself. I hate you.”

Hellmuth would go on to win the event and his 15th bracelet, and literally no one has any clue how this keeps happening.

Positivity available at your local bookstore

Hellmuth’s new book Positivity is probably available in bookstores or online or something. It probably has a bunch of quotes from Tony Robbins in it, and maybe some pictures of Phil shaking hands with Bill Clinton, and a forward by I dunno… Troy Aikman?

After winning his 15th bracelet on Wednesday night, Hellmuth went and celebrated with his rail which included his wife “Honey,” his best friend Brandon Cantu, and Chris Hemsworth.

Also read: We’re Not Gonna Touch What Happened To Maurice Hawkins With A 10-Foot Pole 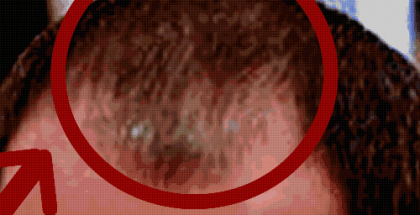 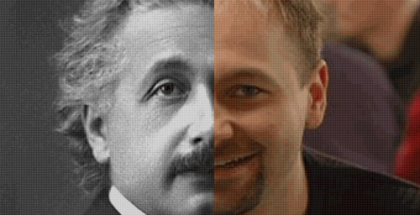