Richmond, Virginia – A 24-year-old poker super-fan named Brian Evans has been working tirelessly these past few months to put together a poker podcast that literally no one will listen to one second of.

Evans, an economics major out of Virginia Tech, has been a tremendous fan of poker ever since sophomore year when he began playing in his dorm room.

Even back then as a naive undergrad, Evans knew that one day he would create something that showed his love of the game and would also impact millions of people.

In 2011, there were nine different poker-themed podcasts on the market. In 2013, that number had more than doubled to 21. In 2017, approximately 438,000 poker podcasts are available to download.

“Brian doesn’t even really play. Is he just gonna talk about how much he likes watching poker on TV?” commented an old fraternity brother who wished to be named later.

Brian’s old roommate Phillip Anderson added: “Brian’s a moron. He tried something like this with his blog and then with his new website and then with that just pathetic comic book he tried to draw. Dude, just come work for Edward Jones like the rest of us.”

A former professor noted: “I have no idea what a podcast is. What is a podcast?”

One person was actually hoping to profit off the podcast.

“OK seriously, no one listen to this shitty podcast. I have a $500 bet with Brian’s younger brother that this thing won’t last the summer,” said Brian’s mother.

Despite the lack of faith from his friends and family, Evans seems undeterred:

“I’ve been planning this podcast for years. I think everything in my life has been gearing up to this. It’s like in Rounders when Petrovsky says ‘We can’t run from who are; our destiny chooses us.’ That’s me with this podcast.”

“My goal is to make it like Serial meets poker meets the Nerdist sorta thing,” said Evans, who was somehow not joking.

“And sure, my degree is in no way related to journalism and communications. And yeah, no one has ever told me I’m particularly funny or captivating. And yeah, it’s an uphill battle. But, I do however have an external mic and literally nothing else to do.”

The podcast episodes are expected to be released every other day for two weeks, then once a month for a couple months, and then to disappear completely.

Despite having no listeners, guests, or subscribers whatsoever, the podcast is still expected to be nominated for Podcast of the Year at the next American Poker Awards. 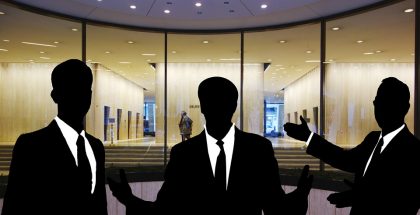 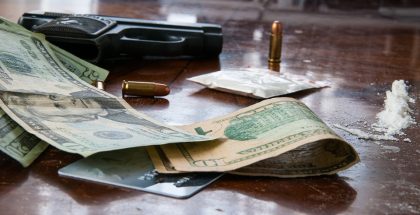