15 Poker Players Die Of Hypothermia While Playing At Rio

Las Vegas, NV – Reports of absolutely tragic news are pouring out of the desert this morning. Several sources have confirmed that at least 15 poker players died of hypothermia last night while playing poker at the Rio Hotel and Casino.

Officials are calling it the worst tragedy to hit Las Vegas since the Epic Poker Tour.

Despite this being one of the hottest summers on record in Sin City, the Rio has been kept at Hoth-like temperatures.

The current temperature measured at the Rio this morning was 14C (which, for readers from Belize, Palau or other ridiculous countries that use Fahrenheit, is like -177F or something, I dunno).

Several notable poker players were among the departed.

Doug Polk was one of the first players announced dead at the scene. Officials noted his lack of sleeves as a main contributor to his death.

Polk passed away during the middle of his newest vlog, which will be posted on YouTube tomorrow.

Other sleeveless players that weren’t able to survive included Mike Dentale, Joe Ingram, and this guy.

He then proceeded to give all custodians a 15-minute penalty.

Daniel Negreanu spoke with BCP about the situation and shared his thoughts about what could be done:

“Obviously, something like this is completely unforgivable. I’m not sure why we have to keep the Rio below freezing temperature, but this has to stop now.

“Of course, I am completely fine. As you all can see, I have added over 30 pounds of muscle in the last year to help stay warm in the halls.

“I have also bought a new head of hair to help prevent heat escaping, so I’m fine.”

Negreanu went on to explain for several hours that he was a vegan and showed everyone all the the protein-rich meals that his team has already prepared for him for the next 35 years.

Phil Hellmuth Jr. also survived the disaster and was quick to attribute his survival to his new mindset by stating:

“Are you kidding? Look at me. I’m glowing. This series I’m glowing. I have the PH-Glow. #PHGLOW #POSITIVITY.”

Anyway, the World Series of Poker announced that they will continue to run the series despite the tragedy. The 25th of the 8,381 bracelet events concludes today.

ALSO READ: Local Man Will Not Shut The F**k Up About Blockers 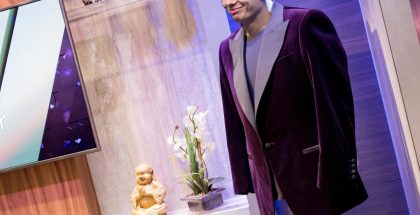