LAS VEGAS — Poker’s most prestigious tournament – the Main Event of the World Series of Poker – has suffered an embarrassing turn of events, BCPoker can exclusively report.

Tournament organizers have been forced to cancel heads-up play for the championship bracelet due to a failure in the location verification technology utilized by the WSOP.

Final two unable to be verified

Upon attempting to take their seats on the stage of the Penn & Teller Theater in the Rio today, the final two players in the Main Event – Jay Farber and Ryan Riess – both received error messages indicating the WSOP could not confirm they were in Nevada.

“I don’t get it,” said chip leader Jay Farber. “I turned off LTE, I thought that’s all you had to do.”

Use of location verification for Main Event controversial

The decision by the WSOP to use location verification technology – technology designed to ensure online players at WSOP.com are actually located in Nevada – for the Main Event drew immediate criticism when announced earlier this week.

“This is a technology that has been shown to be imperfect,” said industry analyst Gus Fritzee.

“There are a number of superior methods for confirming that the November Nine are actually located in Nevada,” Fritzee continued. “Like, you know, looking at them.”

For his part, Ryan Riess seemed unperturbed by the unprecedented development.

“I don’t care what cellphone I’m using. Verizon, AT&T, even TracFone – I’m guaranteeing that my location will be verified.” 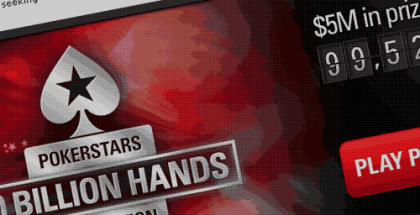